Home / Blog / Mayweather vs. McGregor: The Power of the Press Conference 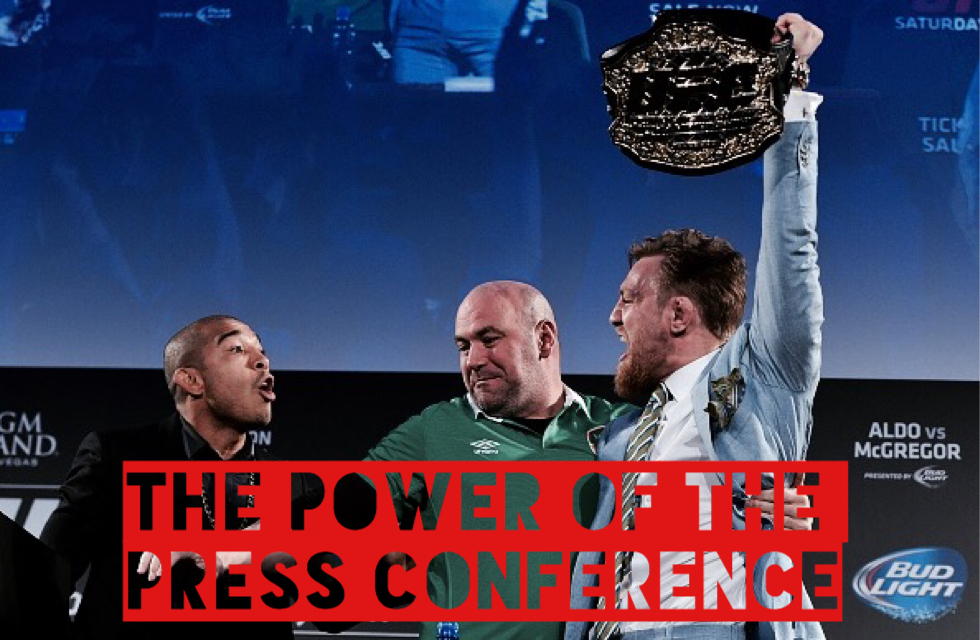 Conor McGregor vs. Floyd Mayweather is the perfect fight. Despite all of the facts, the seemingly colossal mismatch, and obvious financial sentiment, something about this matchup seems so organic and predestined to me. It feels right. There’s one particular part of this event that has me more excited than anything. Boxing fans, sports fans, casuals, and any other sort of viewer can all come together and just enjoy this one part:

The press conference has been one of the trademark media strategies for business, politics, and most importantly…

Throughout sports history, these media obligations have captured some of the greatest dialogues from athletes at their most instinctual and entertaining. We’ve had predictions, outbursts, and a fair share of premature fights. In boxing especially, they take on a whole different dynamic. In essence, the press conference becomes equal part journalistic institution and promotion. The press conference not only serves the journalists and news outlets, but the fighters themselves giving the chance to:

Specifically on the last bullet, I bring to you the one and only guarantee that the mega event that is Mayweather vs. McGregor holds:

The buildup to this fight is the MAIN EVENT.

That’s why it’s the perfect fight. These two were made for each other. They share so many differences, but even more similarities. Both men are known for their antics and showmanship outside of the fights in comparison to their accomplishments within their sport. Try and throw away your preconceived notions of this fight. Discard the mismatch, the facts, the biases. and lets take a look at these two: 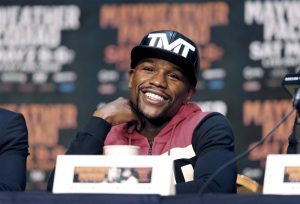 What thoughts pop into your head when this name is mentioned? For most, a loud-mouthed arrogant greedy fighter whose self-proclaimed nature is a turn-off to many. This is his show, and Floyd prides himself on his boxing ability and net worth as a means of legacy. Notorious for using trash talk and disrespect during media events, press conferences shine on his touch of mental warfare.

None of this is by accident. Floyd understands his character and persona annoy people and utilizes it in full affect. Getting under someone’s skin causes emotional reactions, emotional reactions deter focus and performance, and a lack of focus and performance will lead to a downfall. Each fighter stepping up proclaiming they will solve the Mayweather complex, vowing to shut his mouth is in affect all due to his talking at press conferences. They buy into his dominance and arrogant persona rather than dialing in on the competitive science of boxing. With his fighting style, Floyd annoys his opponents outside of the ring and amplifies that with his reactive and defensive style throughout the rounds. Throwing and missing punches build irritation, drains confidence, and results in risky behavior and fighting.

Floyd’s fight with Victor Ortiz is the greatest example of this phenomenon. His irritation of Floyd was present and caused him to headbutt him during the fight. This lead to a timeout, loss of a point, and an opportunity for Mayweather to catch Ortiz off guard, apologetic of his unsportsmanlike behavior. Now I won’t delve into the knockout as that is a discussion all on its own, but it is fair to say that Floyd’s mind games paid their dividends in the outcome of this match.

Funny enough, UFC president Dana White’s thoughts on the fight nail the idea behind this. Floyd is easy to hate and he uses this notion brilliantly to get to his opponents. This causes them to feed into his perfect defensive counter style of fighting. Hate on him all you will, but he’s no idiot. 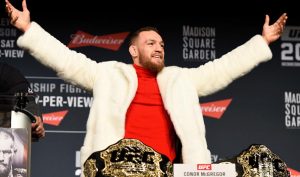 If ever there were a protege for Floyd Mayweather, Conor McGregor was put on this planet to talk shit. Name another fighter that has used the “Mayweather Blueprint” so perfectly and ascended above the rest. The young, brash UFC champion hailing from Ireland has seen a rise in notoriety that makes his nickname seem more legitimate than his family-given heritage. McGregor is just as dominant in his performances, just as financially flashy, and just as commanding on a microphone.

It’s no easy task choosing which opponent was affected most by McGregor’s press conference attacks. There was the admission of anger by Dustin Poirer, the tardiness-turned-water bottle toss competition with Nate Diaz, and of course there’s the six-word execution of Jeremy Stephens (and its foreshadowing of this article).

But, honestly, there’s only one that is worthy of this breakdown.

Conor’s title shot against Jose Aldo was arguably one of the most built-up fights in UFC history. Rising superstar Conor McGregor taking on 10-year undefeated champion Jose Aldo needed no introduction. The significance of the event was capitalized by a world tour to build up the fight. Two warriors who hate each other being forced to travel the globe for about a year…what could happen?

This pushed Jose to the breaking point. He was angry, distracted, and couldn’t get the Irishman out of his head. That lack of focus and mental fortitude shows up sooner or later…as was ever so clear in the actual fight.

Whether the fight goes 12 rounds or the luck of the Irish prevails, the verbal warfare that we are about to witness is sure to be entertaining. These men thrive off predictions and outlandish claims, bolstering their achievements and abilities. The press conference will be the war ground, and these men both will have an even match from the moment the cameras start rolling. Whether it will hold any affect on the outcome of the fight, will be determined on August 26th.

What do you think of Mayweather vs. McGregor?

Who has the edge in the upcoming press conferences?

Who is the superior mental marine?

Sound off in the comments below and share this article with your predictions! 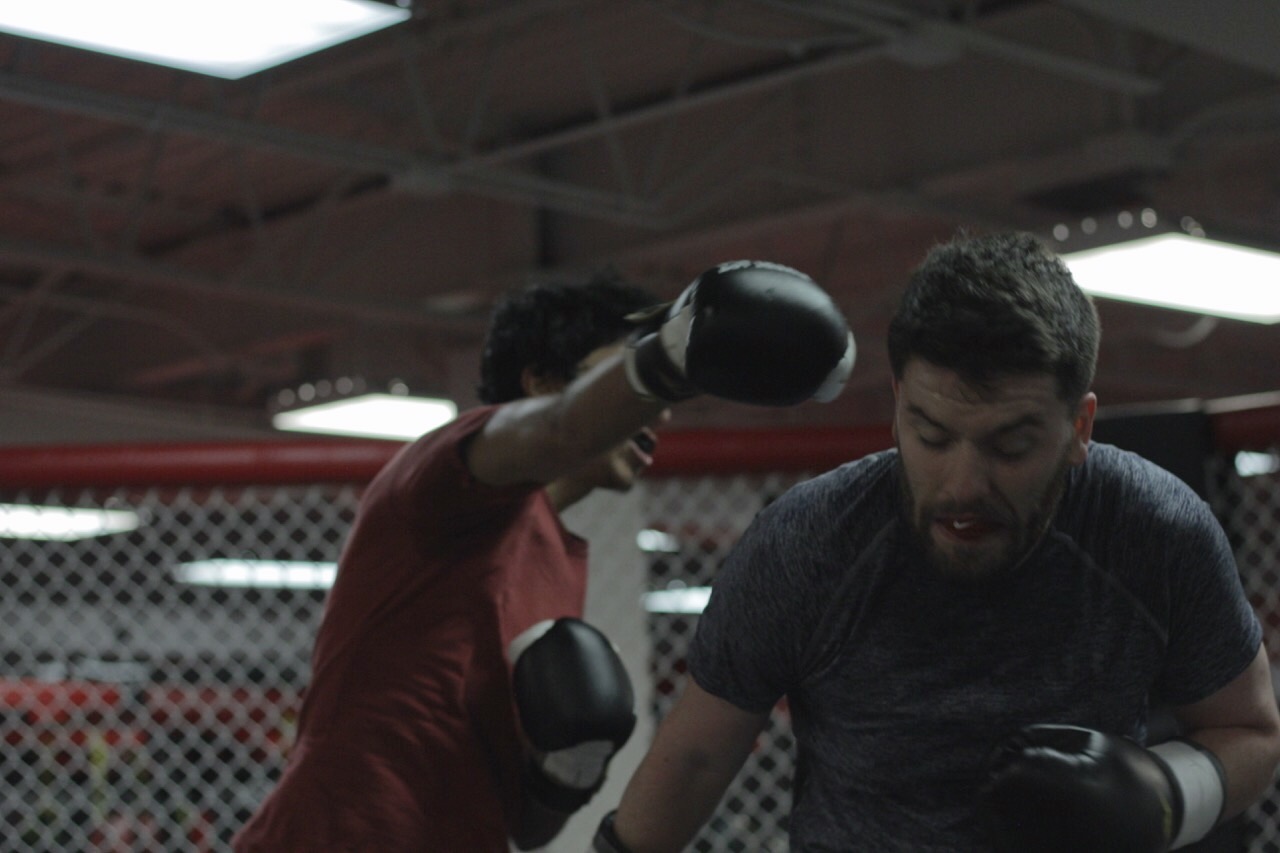 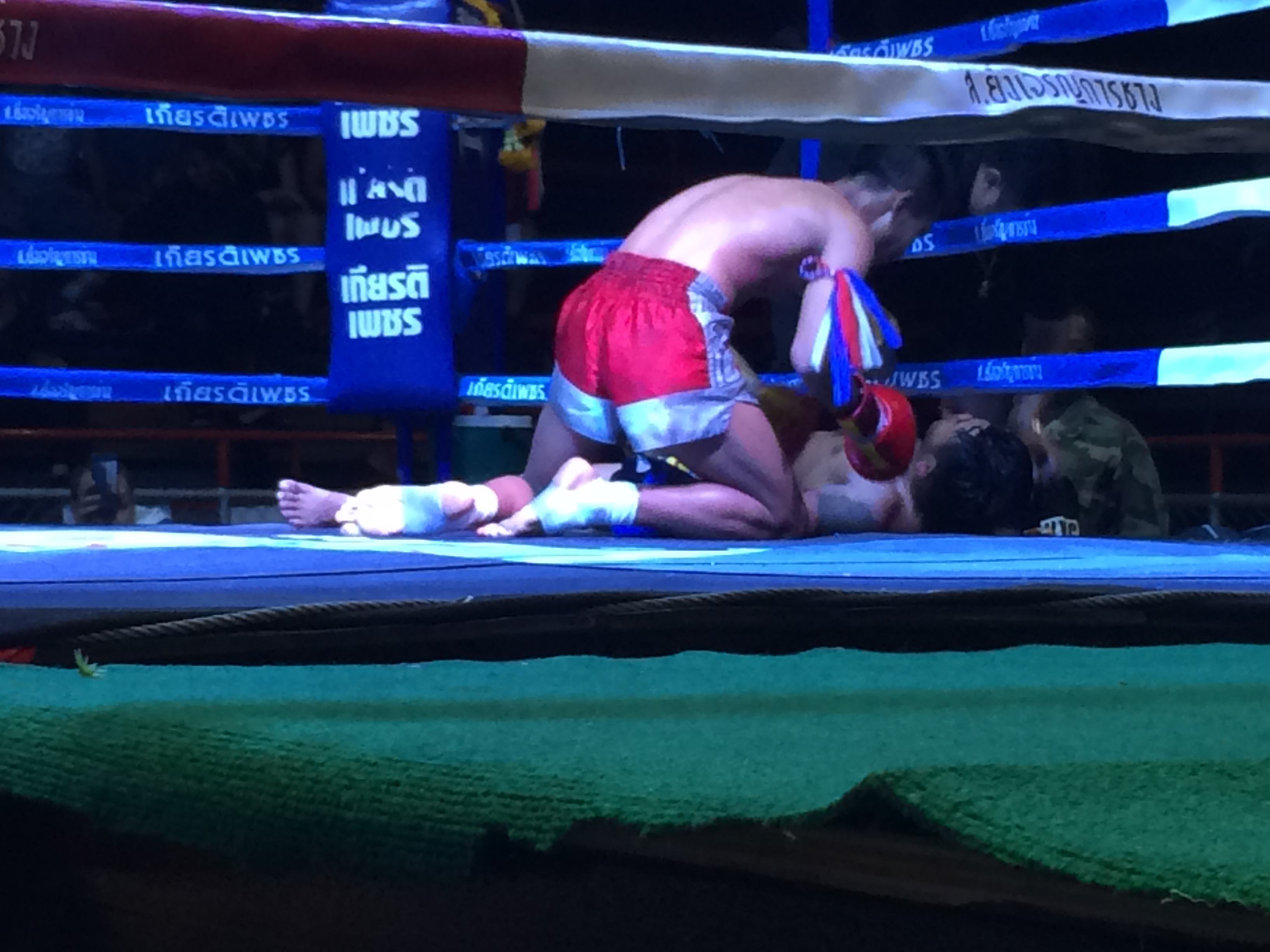 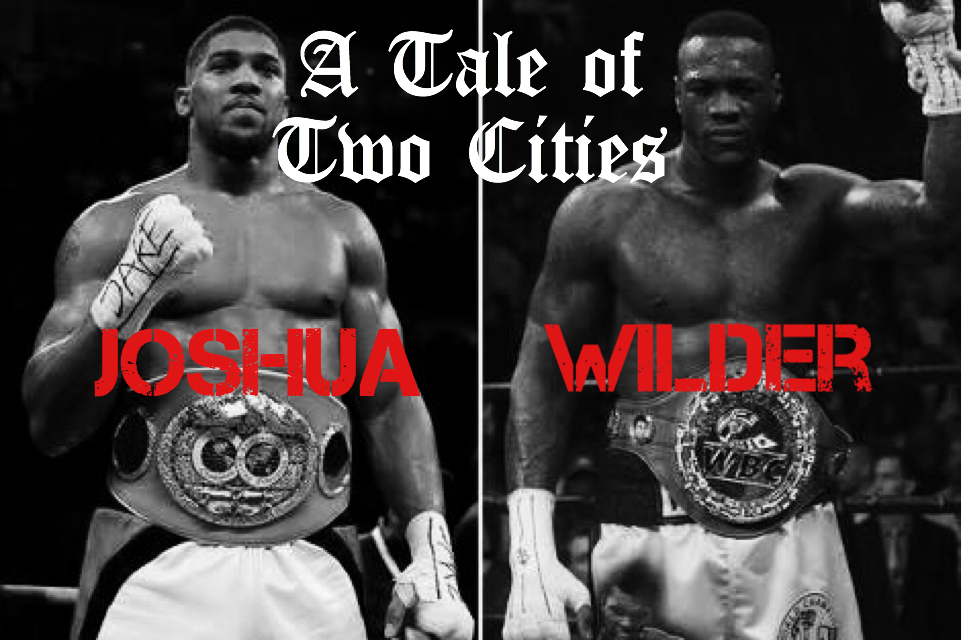 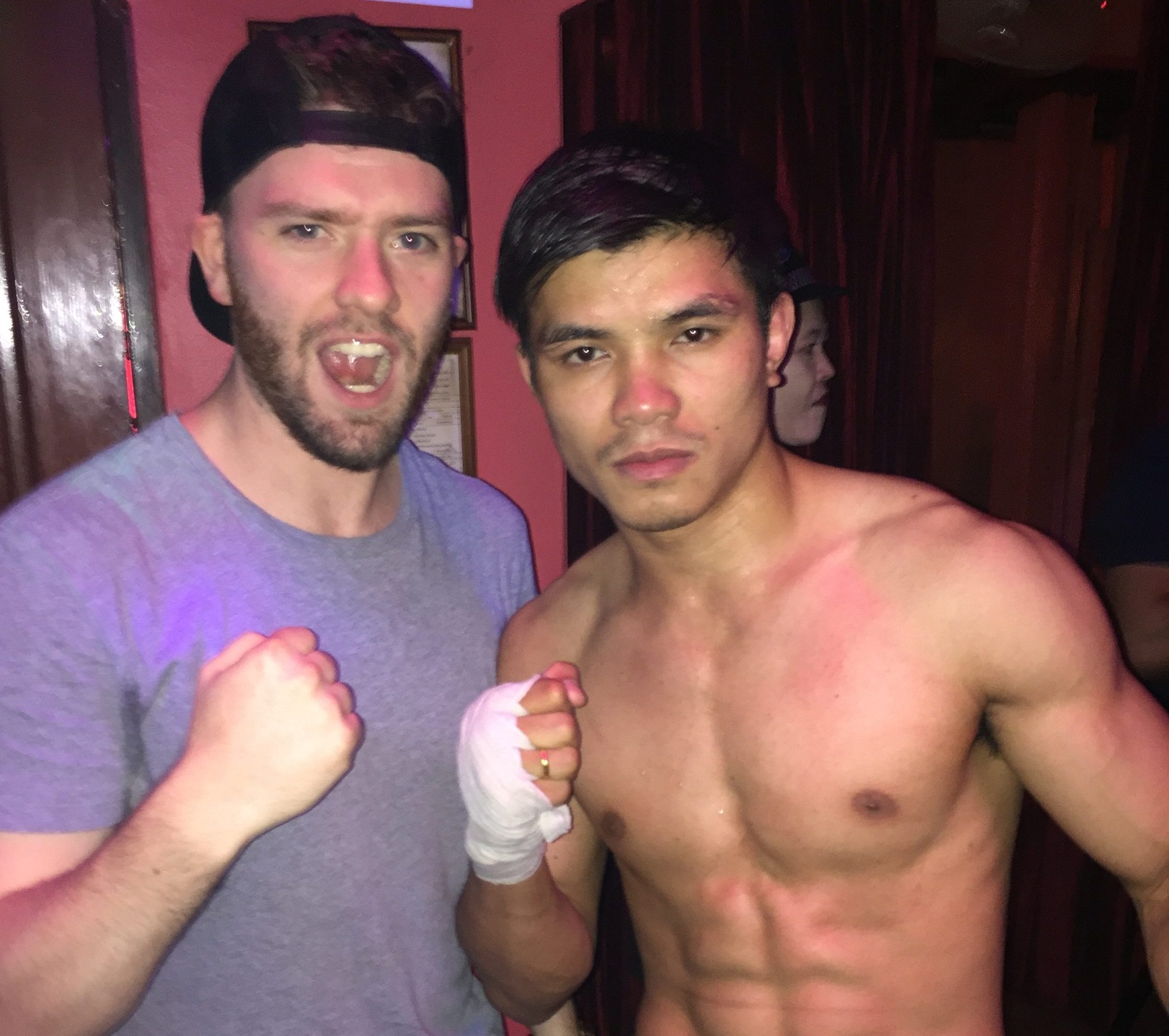 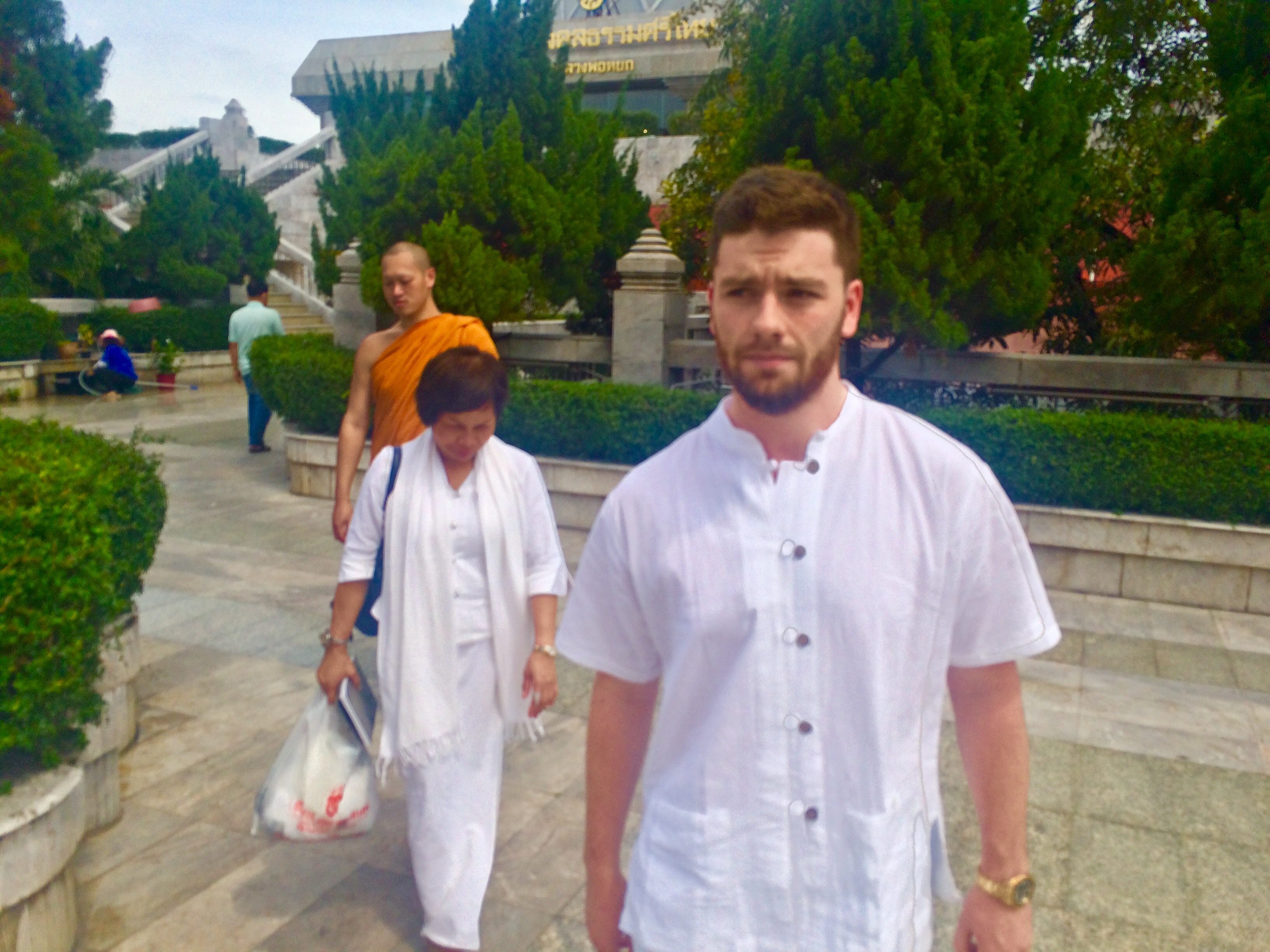 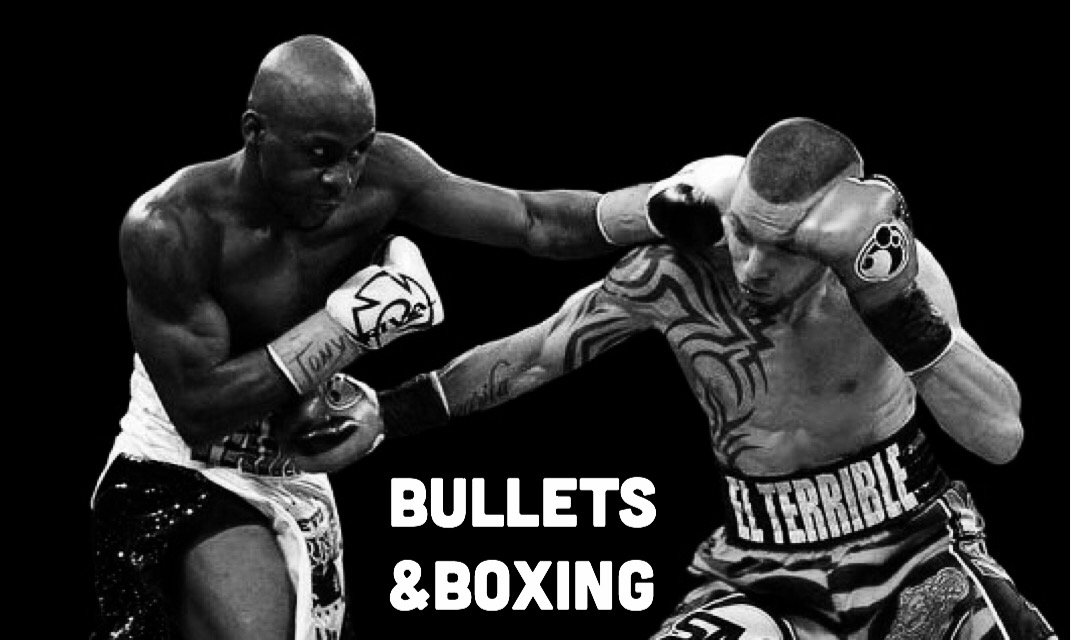 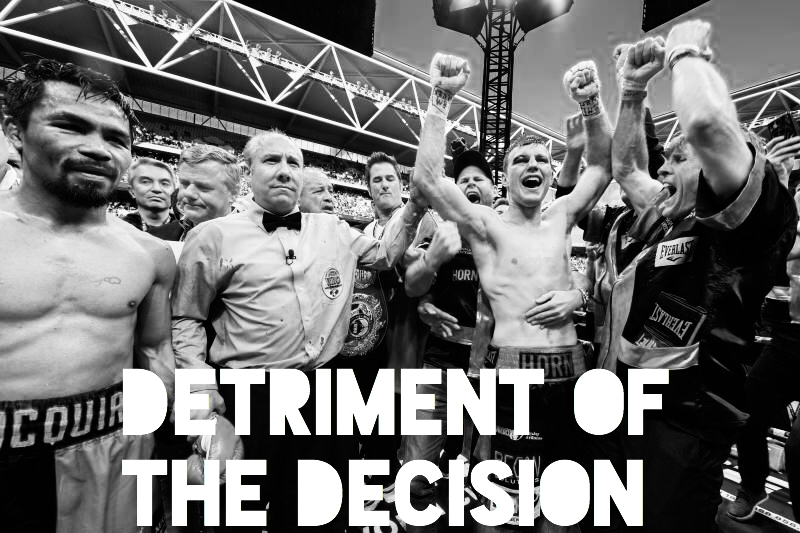 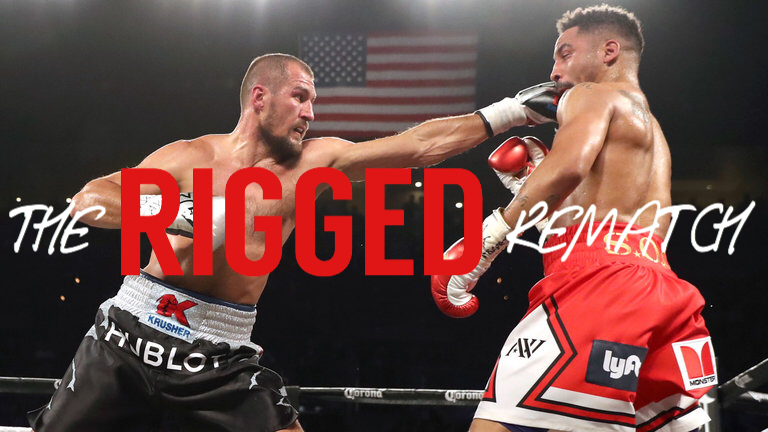